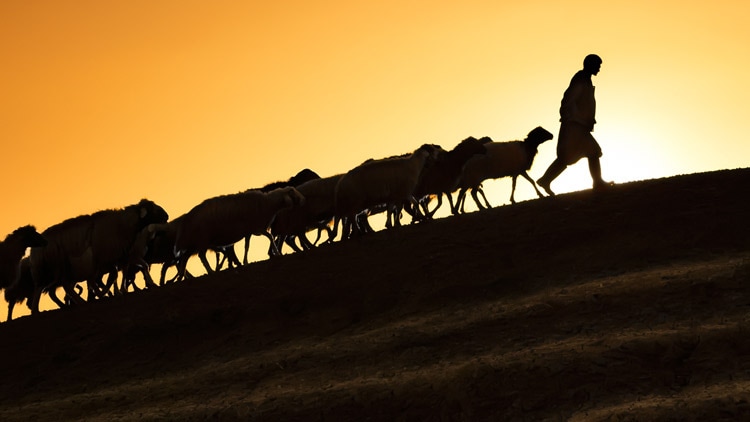 The coming of the kingdom of God was not heralded by spectacular and dramatic victories over the powers and authorities of the world but through something much more transformative: the great compassion of its King.

Throughout their accounts of Jesus, the Gospel writers present us with encounter after encounter demonstrating Christ’s unparalleled compassion. In these incidents, Christ’s power is revealed as His compassion is extended. In chapter 7 of his Gospel, for instance, Luke highlights Jesus’ compassionate response to a sorrowful widow—a response which clears any doubts about His greatness.

The woman in this part of Luke’s narrative was in true need. Her husband was already gone, and now her son had just died. In an ancient Middle-Eastern society, this meant that she had no means of protection or provision. She faced a life of sadness, loneliness, and precariousness—and then the end of the family line.

But then Jesus entered into the extremity of this woman’s life, and “when the Lord saw her, he had compassion on her and said to her, ‘Do not weep.’”

All it took to arouse the compassion of our tender Shepherd was seeing this grieving woman. Literally, that word “compassion” means “His bowels moved”—our equivalent would be “His stomach churned.” When Jesus, through whom and for whom all things were created, sees sadness and grief in this broken world, He feels it. Here is a King who cares deeply.

Even more beautiful is that Jesus had the power to meet this widow’s need, and so He chose to do something only He could do: to bring the dead back to life. He didn’t just restore a deceased son alive again to a mourning mother and thereby meet her need and obliterate her grief, though. More importantly, Jesus revealed Himself to the crowd (and to us!) in all of His power, kindness, and authority—even authority over death.

Scenes such as this show us that Jesus doesn’t simply comment on or cry over sickness and death, those great enemies of mankind. He overcomes them. He hears the cries of the sorrowful, and He comforts them, not only in an earthly, temporal sense but also in a final, perfect, and eternal way, by offering Himself as the means of salvation to all who believe.

Your King is not merely infinitely powerful; He is infinitely compassionate. And the combination of those two qualities in Him is sufficient to bring you through every sadness and grief of this world, until you stand in His presence and He wipes every tear from your eye.

1After he had finished all his sayings in the hearing of the people, he entered Capernaum. 2Now a centurion had a servant1 who was sick and at the point of death, who was highly valued by him. 3When the centurion2 heard about Jesus, he sent to him elders of the Jews, asking him to come and heal his servant. 4And when they came to Jesus, they pleaded with him earnestly, saying, “He is worthy to have you do this for him, 5for he loves our nation, and he is the one who built us our synagogue.” 6And Jesus went with them. When he was not far from the house, the centurion sent friends, saying to him, “Lord, do not trouble yourself, for I am not worthy to have you come under my roof. 7Therefore I did not presume to come to you. But say the word, and let my servant be healed. 8For I too am a man set under authority, with soldiers under me: and I say to one, ‘Go,’ and he goes; and to another, ‘Come,’ and he comes; and to my servant, ‘Do this,’ and he does it.” 9When Jesus heard these things, he marveled at him, and turning to the crowd that followed him, said, “I tell you, not even in Israel have I found such faith.” 10And when those who had been sent returned to the house, they found the servant well.

11Soon afterward3 he went to a town called Nain, and his disciples and a great crowd went with him. 12As he drew near to the gate of the town, behold, a man who had died was being carried out, the only son of his mother, and she was a widow, and a considerable crowd from the town was with her. 13And when the Lord saw her, he had compassion on her and said to her, “Do not weep.” 14Then he came up and touched the bier, and the bearers stood still. And he said, “Young man, I say to you, arise.” 15And the dead man sat up and began to speak, and Jesus4 gave him to his mother. 16Fear seized them all, and they glorified God, saying, “A great prophet has arisen among us!” and “God has visited his people!” 17And this report about him spread through the whole of Judea and all the surrounding country.