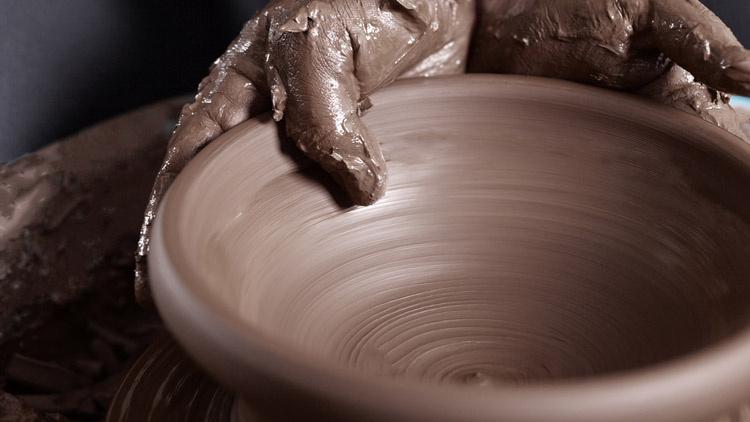 Worshiping Through Trial and Toil

The Lord caused all that he did to succeed in his hands.
Genesis 39:2-3

If all that Joseph had was his famous brightly colored coat, he would have been ruined when his brothers took it from him and sold him into slavery. But there was character inside the man who wore that coat—and when Joseph lost his coat, he didn’t lose his character. Rather, he continued to be formed and framed as a slave in Potiphar’s household. In this crucible of affliction, God poured out blessing and favor on Joseph’s life.

It would have been understandable if, finding himself a slave in an Egyptian household, Joseph had retreated into a cocoon of isolation, refusing to become involved in the world around him, protesting Egypt’s paganism, and resenting Potiphar’s authority. This approach, though, would not have afforded him an opportunity for witness or testimony. Instead of shutting down, Joseph seemingly determined that he would be the best servant that Potiphar ever had, because he knew he ultimately served God.

While Joseph prospered on account of God’s goodness, he remained a slave. His day-to-day life was filled with drudgery—something most of us can relate to! But if you and I want to flourish in the worst or most mundane of circumstances, we must learn how to take life’s routine experiences and see God’s hand of blessing in them, whatever they might be.

Because Joseph was able to trust God through his trials, Potiphar, we’re told, saw that the Lord was with Joseph and caused all his success. Joseph didn’t have to tell Potiphar that there was special favor on his life. When God’s blessing is on a life, it will be apparent—and sometimes, as we see with Potiphar, even unbelievers can’t help but notice.

We need to learn to live with the awareness that every matter we deal with, every moment we spend, and every move we make is an opportunity to bring glory and praise to God. Wherever we find ourselves, we can (as Paul wrote to those who found themselves, like Joseph, both God’s people and enslaved) “work heartily, as for the Lord and not for men, knowing that from the Lord [we] will receive the inheritance as [our] reward [because we] are serving the Lord Christ” (Colossians 3:23-24). Only when we understand that we were created for His glory can we turn life’s trials and toils into acts of worship. Our responsibilities, says the Bible, are opportunities to reveal our dependence on God and evidences of His blessing. Whether we find ourselves as CEOs or street-sweepers, trading shares or building houses or changing diapers, we will be both humbled and lifted up as we pray:

1Now Joseph had been brought down to Egypt, and Potiphar, an officer of Pharaoh, the captain of the guard, an Egyptian, had bought him from the Ishmaelites who had brought him down there. 2The Lord was with Joseph, and he became a successful man, and he was in the house of his Egyptian master. 3His master saw that the Lord was with him and that the Lord caused all that he did to succeed in his hands. 4So Joseph found favor in his sight and attended him, and he made him overseer of his house and put him in charge of all that he had. 5From the time that he made him overseer in his house and over all that he had, the Lord blessed the Egyptian's house for Joseph's sake; the blessing of the Lord was on all that he had, in house and field. 6So he left all that he had in Joseph's charge, and because of him he had no concern about anything but the food he ate.

Now Joseph was handsome in form and appearance. 7And after a time his master's wife cast her eyes on Joseph and said, “Lie with me.” 8But he refused and said to his master's wife, “Behold, because of me my master has no concern about anything in the house, and he has put everything that he has in my charge. 9He is not greater in this house than I am, nor has he kept back anything from me except you, because you are his wife. How then can I do this great wickedness and sin against God?” 10And as she spoke to Joseph day after day, he would not listen to her, to lie beside her or to be with her.