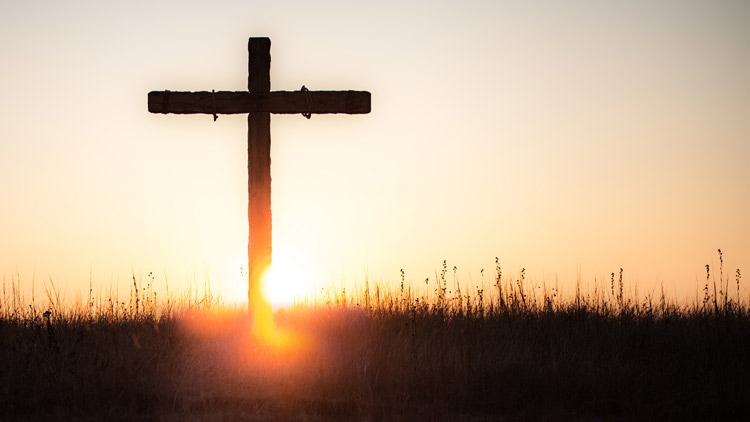 He Died to Make Us Good

Do not be deceived: neither the sexually immoral, nor idolaters, nor adulterers, nor men who practice homosexuality, nor thieves, nor the greedy, nor drunkards, nor revilers, nor swindlers will inherit the kingdom of God. And such were some of you. But you were washed, you were sanctified, you were justified.
1 Corinthians 6:9-11

The Evil One is not concerned with persuading us not to bother with many of our Christian activities—but he is concerned to persuade us to stop holding on to the absolute truths concerning the nature and character of God and to the absolute truths concerning the ethics of His kingdom. Recognizing this, Paul warned the Corinthian believers not to wander into the minefield of ungodly behavior. “Do not be deceived,” says Paul; “the unrighteous will not “inherit the kingdom of God.”

Paul describes some of the areas of wickedness that had become socially acceptable in Corinth. The city was a bustling commercial center, a hodgepodge of races, creeds, and languages. As a culture, though, it was rootless and rough. In fact, the place was so badly debauched that “Corinth” became a byword for immorality itself. So what did Paul do? He ventured into this city with a strategy. He was “occupied with the word, testifying to the Jews that the Christ was Jesus” (Acts 18:5). His objective was not to enact legislation but to begin proclamation.

There is no legislative agenda that can redeem culture. Instead, there is a message sent from God to redeem men and women, and it is simply this: “Jesus Christ and him crucified” (1 Corinthians 2:2). The gospel is God’s agenda for our world. He uses the power and conviction of His word to speak into people’s lives and bring about radical change.

Paul didn’t buy into elaborate rhetoric. He had that one message, and he kept saying it again and again. He knew that only Christ’s atoning death on the cross makes it possible for men and women to be set free from their besetting sins so that they “might walk in newness of life” (Romans 6:4).

It is perilous and unnecessary to remain wicked. The gospel message sounds forth as loudly and effectively today as it did in the streets of Corinth, and it cuts through the deception of the world’s relativism and of the tendency to think that laws alone can change hearts or produce faith. The great need of our lives, of our cities, and of our nations is for sinners to be saved. Do not be deceived into thinking that sin does not matter. Do not be deceived into thinking that your society most needs something other than the news of the kingdom of God. We must confess the message of the crucified Messiah:

He died that we might be forgiven,
He died to make us good,
That we might go at last to heaven,
Saved by His precious blood.[1]

1After this Paul1 left Athens and went to Corinth. 2And he found a Jew named Aquila, a native of Pontus, recently come from Italy with his wife Priscilla, because Claudius had commanded all the Jews to leave Rome. And he went to see them, 3and because he was of the same trade he stayed with them and worked, for they were tentmakers by trade. 4And he reasoned in the synagogue every Sabbath, and tried to persuade Jews and Greeks.

5When Silas and Timothy arrived from Macedonia, Paul was occupied with the word, testifying to the Jews that the Christ was Jesus. 6And when they opposed and reviled him, he shook out his garments and said to them, “Your blood be on your own heads! I am innocent. From now on I will go to the Gentiles.” 7And he left there and went to the house of a man named Titius Justus, a worshiper of God. His house was next door to the synagogue. 8Crispus, the ruler of the synagogue, believed in the Lord, together with his entire household. And many of the Corinthians hearing Paul believed and were baptized. 9And the Lord said to Paul one night in a vision, “Do not be afraid, but go on speaking and do not be silent, 10for I am with you, and no one will attack you to harm you, for I have many in this city who are my people.” 11And he stayed a year and six months, teaching the word of God among them.

Footnotes
1 18:1 Greek he
Topics: The Cross Gospel Obedience Preaching
Footnotes
1 Cecil Frances Alexander, “There Is a Green Hill Far Away” (1848).