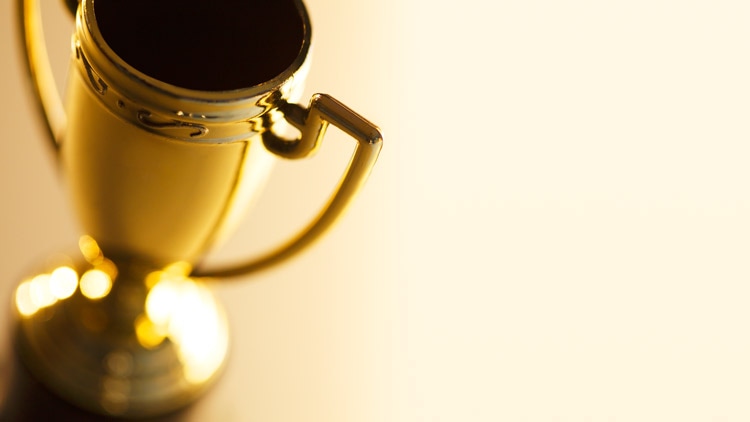 Do you not know that in a race all the runners run, but only one receives the prize? So run that you may obtain it. Every athlete exercises self-control in all things. They do it to receive a perishable wreath, but we an imperishable. So I do not run aimlessly.
1 Corinthians 9:24-26

Athletic competitions mattered in the Greek culture that permeated the eastern Roman Empire at the time of the New Testament. One commentator sums up Corinth as a city whose masses demanded only two things: bread and games.[1]

Smaller, local contests awarded a number of prizes, but in major events there was only one prize—often a laurel or pine crown. Competitors spent months and months of their lives setting themselves apart from all they might otherwise enjoy—all of the relationships, all of the food, all of the leisurely pursuits that would undermine their ability to win—in order to fix their gaze upon a laurel crown. Paul uses this picture to encourage believers to live with eyes set on the eternal prize of glorifying Christ and being united with Him.

In school cross-country races, what begins as one large company often quickly becomes three groups: a small group goes for gold, the great mass of runners in the middle go for “just ok,” and the ones that hang behind are typically the cynical, disruptive, disillusioned, sorry souls. The word for “run” that Paul uses in this verse describes running not as a straggler, not as a wanderer, not as a half-hearted participant but as a prizewinner. As Christians, we must say no to running aimlessly. We must go for gold.

To live with a focus on the prize requires sacrifice—specifically, the sacrifice of any desires contrary to God’s will. The word “athlete” in verse 25 translates the word agonizomenos, from which we get the word “agony.” To be an athlete is to choose not to be comfortable. To be a Christian is to choose the same thing. Are we prepared to agonize and sacrifice for Christ, knowing that only then will we experience the joy of winning the prize of a life well-lived for Him?

But how are we to offer such a sacrifice or run with such a focus? It will not be the result of our own strength or self-righteousness. All of that is the soul and substance of false religion. No, only our union with Christ provides the power and the potential for this change. Jesus set the example of willing sacrifice with the eternal prize in mind (Hebrews 12:2). When He underpins our hearts and lives, there is no limit to the extent we will joyfully go to as we run our race for Him and follow on behind Him.

When asked about the race plan that had seen him win gold in the 1924 Olympic 400 meters, the famous Scottish Olympian and missionary Eric Liddell is reputed to have answered, “I run the first 200 meters as hard as I can. Then, for the second 200 meters, with God’s help, I run even harder.” Today, then, do not run aimlessly or slowly, but with God’s help run even harder after the gold, for His sake and His glory.

Jesus, Founder and Perfecter of Our Faith

1Therefore, since we are surrounded by so great a cloud of witnesses, let us also lay aside every weight, and sin which clings so closely, and let us run with endurance the race that is set before us, 2looking to Jesus, the founder and perfecter of our faith, who for the joy that was set before him endured the cross, despising the shame, and is seated at the right hand of the throne of God.

Do Not Grow Weary

3Consider him who endured from sinners such hostility against himself, so that you may not grow weary or fainthearted.

Topics: Perseverance Union with Christ
Footnotes
1 Erich Sauer, In the Arena of Faith: A Call to the Consecrated Life (Eerdmans, 1966), p 30.