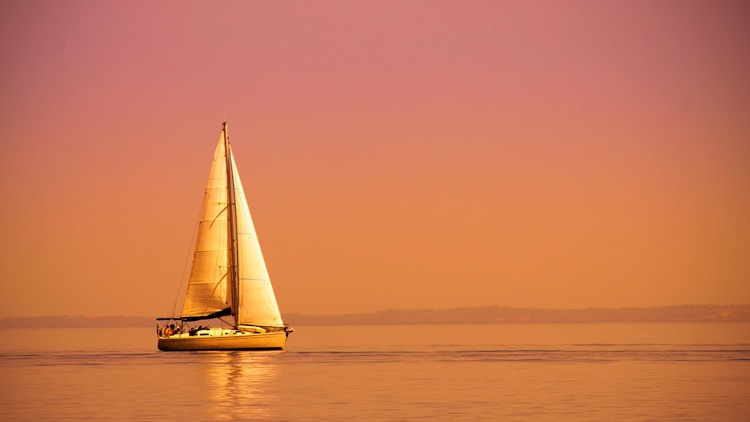 I intend to pass through Macedonia, and perhaps I will stay with you or even spend the winter, so that you may help me on my journey, wherever I go … But I will stay in Ephesus until Pentecost, for a wide door for effective work has opened to me, and there are many adversaries.
1 Corinthians 16:5-6, 1 Corinthians 16:8-9

There are many reasons to admire the apostle Paul, but here is one that is little mentioned: he was always planning ahead. He was static about nothing. He was like a general poring over a map in the battle headquarters, saying, “Now, where can we advance next? Where can we send the next group of troops? Where can we go find the enemy?” Because of his righteous ambition, he didn’t remain comfortable anywhere for very long.

Here is what we can learn from Paul: there’s no ideal place in which to serve God, but we can always serve God where we are. He writes in his letters about ministering in such widely dispersed places as Ephesus, Macedonia, and Corinth—but irrespective of geography, he realized that all he was supposed to be doing was evangelizing unbelievers and encouraging Christians. When his service was complete in one location, he knew he was called to move onward.

Paul was not concerned about comfort or convenience. He didn’t aspire to take up residence in a little cottage on the Adriatic Sea in a snug retirement. Even when he could say that “a wide door for effective work has opened to me,” still there were “many adversaries.” He accepted the challenges as they came and considered opposition a great privilege rather than a hindrance.

So many of us are conditioned to believe that if we’re in communion with God and if we’re really in the place we should be, life will go smoothly. This may be a prevalent notion, but it’s also an unbiblical one. Do we really think we can stand against Satan and not face his fiery darts? Do we think we can invade enemy territory and not meet opposition? We are not called to be people who live complacently in cozy, comfortable Christian communities that know no resistance. It is possible to dampen our witness so much that we’re ineffective for Christ, but that doesn’t have to be the case, nor should it be.

The same conditions that Paul faced surround us today: idolatry, sexual immorality, racism, religious bigotry, and a host of other evils. You have an opportunity in the midst of opposition, no matter where God plants you, to serve His kingdom. As my dear friend Eric Alexander once told me, “There is no ideal place to serve God—except where He has set you down!”

17In Christ Jesus, then, I have reason to be proud of my work for God. 18For I will not venture to speak of anything except what Christ has accomplished through me to bring the Gentiles to obedience—by word and deed, 19by the power of signs and wonders, by the power of the Spirit of God—so that from Jerusalem and all the way around to Illyricum I have fulfilled the ministry of the gospel of Christ; 20and thus I make it my ambition to preach the gospel, not where Christ has already been named, lest I build on someone else's foundation, 21but as it is written,

“Those who have never been told of him will see,

and those who have never heard will understand.”

22This is the reason why I have so often been hindered from coming to you. 23But now, since I no longer have any room for work in these regions, and since I have longed for many years to come to you, 24I hope to see you in passing as I go to Spain, and to be helped on my journey there by you, once I have enjoyed your company for a while. 25At present, however, I am going to Jerusalem bringing aid to the saints. 26For Macedonia and Achaia have been pleased to make some contribution for the poor among the saints at Jerusalem. 27For they were pleased to do it, and indeed they owe it to them. For if the Gentiles have come to share in their spiritual blessings, they ought also to be of service to them in material blessings. 28When therefore I have completed this and have delivered to them what has been collected,2 I will leave for Spain by way of you. 29I know that when I come to you I will come in the fullness of the blessing3 of Christ.

30I appeal to you, brothers, by our Lord Jesus Christ and by the love of the Spirit, to strive together with me in your prayers to God on my behalf, 31that I may be delivered from the unbelievers in Judea, and that my service for Jerusalem may be acceptable to the saints, 32so that by God's will I may come to you with joy and be refreshed in your company. 33May the God of peace be with you all. Amen.

Footnotes
2 15:28 Greek sealed to them this fruit
3 15:29 Some manuscripts insert of the gospel
Topics: Ministry Pastoral Ministry Service