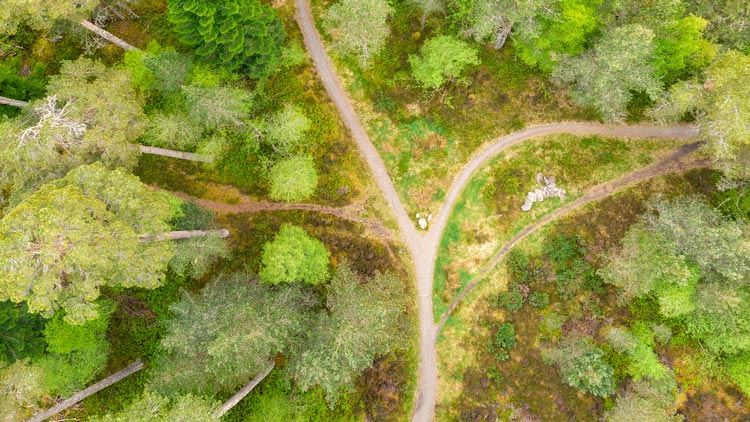 The Moment of Choice

By faith Moses, when he was grown up, refused to be called the son of Pharaoh’s daughter, choosing rather to be mistreated with the people of God than to enjoy the fleeting pleasures of sin.
Hebrews 11:24-25

We cannot be friends with the world and friends with God at the same time (James 4:4). Those who attempt to walk that middle course discover sooner or later how empty and futile it really is: that it makes us, in the words of Kris Kristofferson, “a walking contradiction.”[1]

As the adopted son of Pharaoh’s daughter, Moses enjoyed social status, physical comfort, and material wealth. As an Israelite, outside the precincts of Pharaoh’s establishment there was for him only obscurity, impoverishment, and slavery. Moses knew that remaining in Pharaoh’s courts would make his life far better in every single worldly way. He could have reasoned that it would also enable him to exercise an influence on behalf of God’s people that would never be possible if he went and joined himself to them.

But Moses didn’t stay in Pharaoh’s family. Instead, he renounced the privileges of Egyptian citizenship and identified with a lowly, despised, oppressed group of people who had no political rights. Why? Why would someone give up so much to embrace so little?

The answer is that Moses realized he couldn’t identify himself with God’s people and the Egyptians simultaneously. He realized that he was either a slave with his people or a compromiser in Pharaoh’s court. He couldn’t say that he was an Israelite who believed in the God of his ancestors and also live as an Egyptian.

Moses chose ill treatment and disgrace, we’re told, “for the sake of Christ” (Hebrews 11:26, NIV)—for the sake of the one from Eve’s offspring and Abraham’s family who would fulfill all God’s promises to them (Genesis 3:16; 12:1-3). His calculation was the same as was made over a millennium later by the apostle Paul, who had exactly the “right” kind of background—the education, the sophistication, the heritage—yet said, “I count everything as loss because of the surpassing worth of knowing Christ Jesus my Lord” (Philippians 3:8).

Moses made a radical decision—the kind of radical decision that some of us may need to make. Perhaps your background is relatively similar to that of Moses; you grew up with all your material needs being met and with great prospects in the world. Whoever we are and wherever we have come from, though, we all face the moment of choice that Moses did. Will we live as friends of the world or of God? There is no middle way. Today, are you going to live by the world’s standards, laugh at the world’s jokes, employ the world’s methodologies, and adopt the world’s priorities? Or are you going to take your stand with Jesus Christ, go absolutely against the flow, nail your colors to the mast, and confess by word and by deed that He is Lord? Perhaps today is the day when for the first time, or for the first time in a long time, you need to live “by faith” and make that radical decision.

18And a ruler asked him, “Good Teacher, what must I do to inherit eternal life?” 19And Jesus said to him, “Why do you call me good? No one is good except God alone. 20You know the commandments: ‘Do not commit adultery, Do not murder, Do not steal, Do not bear false witness, Honor your father and mother.’” 21And he said, “All these I have kept from my youth.” 22When Jesus heard this, he said to him, “One thing you still lack. Sell all that you have and distribute to the poor, and you will have treasure in heaven; and come, follow me.” 23But when he heard these things, he became very sad, for he was extremely rich. 24Jesus, seeing that he had become sad, said, “How difficult it is for those who have wealth to enter the kingdom of God! 25For it is easier for a camel to go through the eye of a needle than for a rich person to enter the kingdom of God.” 26Those who heard it said, “Then who can be saved?” 27But he said, “What is impossible with man is possible with God.” 28And Peter said, “See, we have left our homes and followed you.” 29And he said to them, “Truly, I say to you, there is no one who has left house or wife or brothers2 or parents or children, for the sake of the kingdom of God, 30who will not receive many times more in this time, and in the age to come eternal life.”