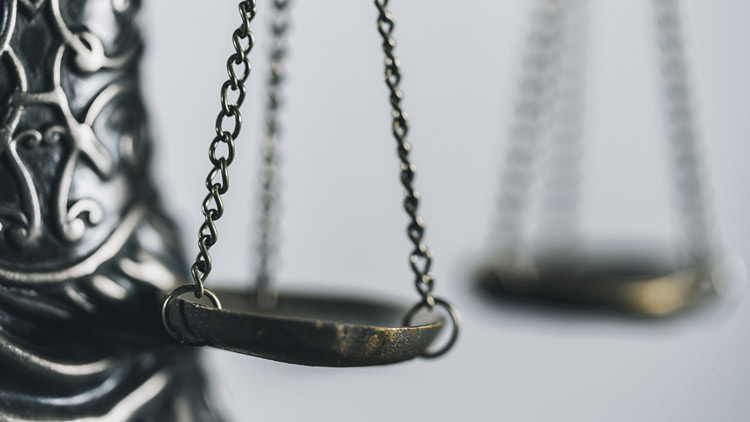 As soon as his master heard the words that his wife spoke to him, ‘This is the way your servant treated me,’ his anger was kindled. And Joseph’s master took him and put him into the prison, the place where the king’s prisoners were confined, and he was there in prison.
Genesis 39:19-20

Potiphar was a shrewd judge of character. As an officer of Pharaoh and captain of the guard, he’d had many people under his control for most of his life. His experience enabled him to see that Joseph had something distinct about him.

Joseph was like no other servant; he was the best of servants. All of Potiphar’s affairs prospered under Joseph’s jurisdiction, and Potiphar gave everything into his care—everything, that is, except his wife.

It’s hardly surprising, then, that Potiphar reacted in anger and rage when his wife accused Joseph of attempting to assault her. Any husband worth his salt would react in this way. There is a rightness about that sort of protection, and we should expect Potiphar to have displayed it.

Potiphar’s mistake was not his initial response but the speed with which he pronounced judgment against Joseph. There’s no mention of Potiphar processing the information he was given, nor do we see him stepping back and setting his wife’s accusation against the backdrop of Joseph’s record of faithful integrity. Instead, Potiphar allowed his anger to run away with his judgement. Rage blinded Potiphar to both truth and reason.

Potiphar also permitted himself to be unduly influenced by his wife. Of course, all of us are swayed by our closest companions, and mercifully so on many occasions. But none of us are to be unduly influenced by any one person, save God. When we allow such sway to take hold, especially in moments of decision-making, we put not only ourselves but everybody around us in peril. Instead, we must seek safety and victory in an “abundance of counselors” (Proverbs 11:14; 24:6) who will point us to the wisdom of God’s word in every circumstance. The greater the magnitude and the consequences of a decision, the more counsel we should seek and the more time we should spend on our knees.

Potiphar allowed himself to make a decision while he was angry—and his decision was an unjust one. Unchecked anger blinds the mind. Once kindled, it is easier to let anger blaze than to stamp it out. But even in circumstances in which anger is the correct response to injustice or sin (and we follow a Lord who Himself responded with anger when appropriate—see Mark 11:15-18), we cannot give rage permission to direct our emotions and dictate our decisions. Be quick to ask God to reveal any source of ongoing anger in your life so that you might repent where necessary, forgive when called to, and move forward in wisdom and faith.

Keep in Step with the Spirit

16But I say, walk by the Spirit, and you will not gratify the desires of the flesh. 17For the desires of the flesh are against the Spirit, and the desires of the Spirit are against the flesh, for these are opposed to each other, to keep you from doing the things you want to do. 18But if you are led by the Spirit, you are not under the law. 19Now the works of the flesh are evident: sexual immorality, impurity, sensuality, 20idolatry, sorcery, enmity, strife, jealousy, fits of anger, rivalries, dissensions, divisions, 21envy,4 drunkenness, orgies, and things like these. I warn you, as I warned you before, that those who do such things will not inherit the kingdom of God. 22But the fruit of the Spirit is love, joy, peace, patience, kindness, goodness, faithfulness, 23gentleness, self-control; against such things there is no law. 24And those who belong to Christ Jesus have crucified the flesh with its passions and desires.