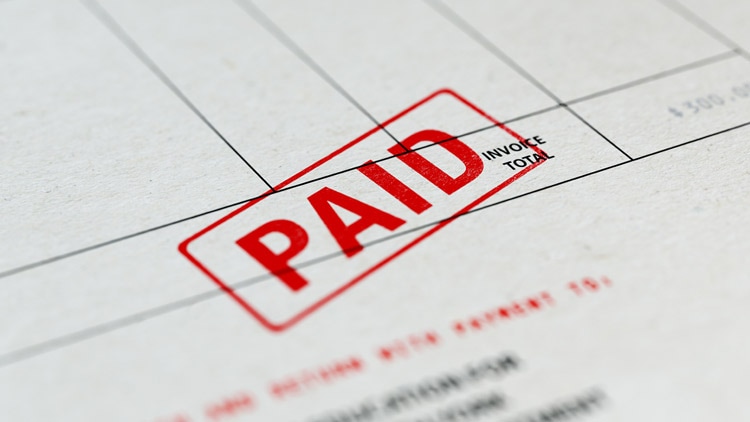 Our Debt Has Been Paid

God made [us] alive together with him, having forgiven us all our trespasses, by canceling the record of debt that stood against us with its legal demands. This he set aside, nailing it to the cross.
Colossians 2:13-14

Why did Jesus Christ come to earth, die on the cross, and rise from the dead? To provide eternal redemption and divine adoption for those who believe. It’s a reality that no other religion can claim: God Himself paid the debt of human sin so that we might be called His children. The hymn writer expresses the wonder of that payment:

O perfect redemption, the purchase of blood!
To ev’ry believer the promise of God;
The vilest offender who truly believes,
That moment from Jesus a pardon receives.[1]

Our encounter with Christ’s redemption is like the story of “Old Betty,” an elderly woman who lived in poverty because of substantial financial debt. One day, a Christian minister and his congregation graciously decided to intervene in Betty’s life and pay off her balance. The minister sought Betty out at her home—but, fearful of being arrested, she avoided the first several knocks at the door. Once he was finally able to tell her the good news, she looked at him and said, “Just think: I locked and barred the door against you. I was afraid to let you in, and here you were, bringing such a generous gift.”

At some point in life, we have all been like Old Betty. Once, we knew ourselves to be indebted to sin. We were weighed down with regret, fearful that people would come knocking, ready to reveal our problems to others. Most of all, we were afraid of God, for the knock of His hand on the door of our lives could surely only mean judgment. But then we discovered that in Christ God knocks on the door to offer not what our debts deserve but what His love has won: a fresh start, a blank slate, a new story. Our debt was canceled, and we joyfully opened the door of our lives and welcomed Him as our Savior, Friend, and Lord.

To be a Christian is to live in the awareness of this paid debt. We are no longer slaves to sin and its penalty; instead, we’ve been set free and adopted as children of God. And now, our adoption as sons and daughters is why we have the great privilege of calling God our heavenly Father and knowing Him so intimately. We no longer hide behind our doors, clutching our debts, because we have tasted the freedom that came knocking and have let it into our lives.

What rest is found in knowing that our debt is canceled! What joy is found in knowing that our status before the living God has been transformed from that of anxious debtors to one of adopted sons and daughters. Now the question is this: How will you allow these truths to change how you see yourself and how you see the tasks that lie before you today?

Example of Hagar and Sarah

21Tell me, you who desire to be under the law, do you not listen to the law? 22For it is written that Abraham had two sons, one by a slave woman and one by a free woman. 23But the son of the slave was born according to the flesh, while the son of the free woman was born through promise. 24Now this may be interpreted allegorically: these women are two covenants. One is from Mount Sinai, bearing children for slavery; she is Hagar. 25Now Hagar is Mount Sinai in Arabia;5 she corresponds to the present Jerusalem, for she is in slavery with her children. 26But the Jerusalem above is free, and she is our mother. 27For it is written,

“Rejoice, O barren one who does not bear;

break forth and cry aloud, you who are not in labor!

For the children of the desolate one will be more

than those of the one who has a husband.”

28Now you,6 brothers, like Isaac, are children of promise. 29But just as at that time he who was born according to the flesh persecuted him who was born according to the Spirit, so also it is now. 30But what does the Scripture say? “Cast out the slave woman and her son, for the son of the slave woman shall not inherit with the son of the free woman.” 31So, brothers, we are not children of the slave but of the free woman.

Christ Has Set Us Free

1For freedom Christ has set us free; stand firm therefore, and do not submit again to a yoke of slavery.

Christ Has Set Us Free

1For freedom Christ has set us free; stand firm therefore, and do not submit again to a yoke of slavery.