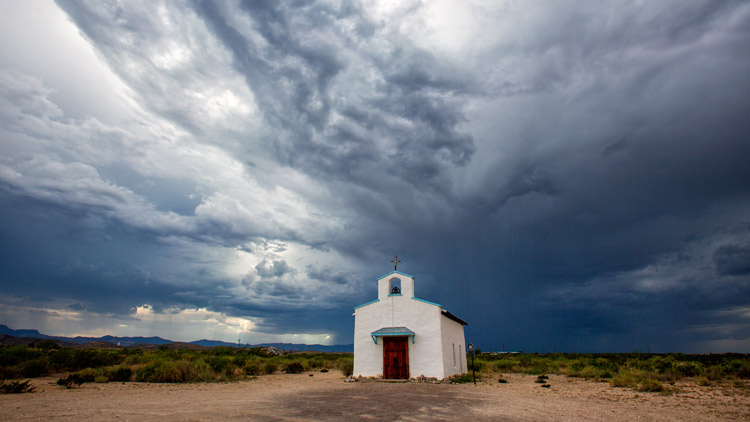 The City of Man

Come out of her, my people, lest you take part in her sins, lest you share in her plagues; for her sins are heaped high as heaven, and God has remembered her iniquities.
Revelation 18:4-5

We shouldn’t be surprised or alarmed when Christians face continual opposition. Humanity’s natural disposition is one of proud defiance towards God and therefore against His people. Man, on the unstable foundation of his pride, “builds a city” (to use the picture language of Revelation) and constructs a lifestyle that is set against God’s ways.

Humanity has been doing this since the fall. The first godless building project was on the plain of Shinar, at a place called Babel (Genesis 11:1-9)—the place that later bore the name Babylon, and to which God’s people were exiled. Revelation 18 therefore refers to the city of man, constructed in defiance of God, as Babylon; and Babylon is then personified as a prostitute, enticing people to commit spiritual adultery. Alluring and seductive, the city of man is effective at turning many away from God. It is “the great city that has dominion over the kings of the earth” (17:18), and its influence is significant and destructive.

How, then, are citizens of the city of God to respond to this worldly rival? We are to be in the world but not of the world. In other words, we are to be salt, which has a distinctive taste and a preservative quality; and we are to be light, which exposes what darkness covers but which also guides others along the way to safety (Matthew 5:13-16). We are to live in the tension of being members of this world but not belonging here: residing here but also being separate from those whose hearts and minds are set against God. The sins of the city of man must not characterize the believer, John says, lest we “share in her plagues.” If we yield to Babylon’s seduction, we prove our identity was never truly that of a citizen of God’s kingdom.

Those who follow Christ must be committed to the Bible’s truth. Christianity is more than a moral code. It’s more than a framework for living or a method to improve one’s life. Where is the cross in that? Christianity is distinct from all other religions in that we hold fast to Jesus’ death on the cross as our means of reconciliation to God. We were once dead in our sins, deserving of God’s wrath and judgment—but He redeemed us through Christ’s perfect life, atoning death, and victorious resurrection.

For now, the world goes on as it always did. But one day Christ will return and silence every false prophet, every citizen of Babylon, and even the devil himself. We may see the church hard-pressed, mocked, legislated against, and persecuted. The world will see it as weak, on the wrong side of history, and not worthy of respect or acceptance. But we take hope in this triumphant affirmation: neither the gates of Babylon nor the gates of hell will prevail because Christ will build and keep His church (Matthew 16:18). So for now, as you live in Babylon, what of its sins do you find most alluring? In what ways are you most tempted to live as though this city is all there is? And what opportunities have you been given to be salt and light to those around you? Be sure both to resist the city of man and to beckon others to the city of God.

The Fall of Babylon

1After this I saw another angel coming down from heaven, having great authority, and the earth was made bright with his glory. 2And he called out with a mighty voice,

“Fallen, fallen is Babylon the great!

She has become a dwelling place for demons,

a haunt for every unclean spirit,

a haunt for every unclean bird,

a haunt for every unclean and detestable beast.

3For all nations have drunk1

the wine of the passion of her sexual immorality,

and the kings of the earth have committed immorality with her,

and the merchants of the earth have grown rich from the power of her luxurious living.”

4Then I heard another voice from heaven saying,

“Come out of her, my people,

lest you take part in her sins,

5for her sins are heaped high as heaven,

and God has remembered her iniquities.

6Pay her back as she herself has paid back others,

and repay her double for her deeds;

mix a double portion for her in the cup she mixed.

7As she glorified herself and lived in luxury,

so give her a like measure of torment and mourning,

since in her heart she says,

I am no widow,

and mourning I shall never see.’

8For this reason her plagues will come in a single day,

death and mourning and famine,

and she will be burned up with fire;

for mighty is the Lord God who has judged her.”

9And the kings of the earth, who committed sexual immorality and lived in luxury with her, will weep and wail over her when they see the smoke of her burning. 10They will stand far off, in fear of her torment, and say,

For in a single hour your judgment has come.”

11And the merchants of the earth weep and mourn for her, since no one buys their cargo anymore, 12cargo of gold, silver, jewels, pearls, fine linen, purple cloth, silk, scarlet cloth, all kinds of scented wood, all kinds of articles of ivory, all kinds of articles of costly wood, bronze, iron and marble, 13cinnamon, spice, incense, myrrh, frankincense, wine, oil, fine flour, wheat, cattle and sheep, horses and chariots, and slaves, that is, human souls.2

14“The fruit for which your soul longed

has gone from you,

and all your delicacies and your splendors

are lost to you,

never to be found again!”

15The merchants of these wares, who gained wealth from her, will stand far off, in fear of her torment, weeping and mourning aloud,

that was clothed in fine linen,

in purple and scarlet,

with jewels, and with pearls!

17For in a single hour all this wealth has been laid waste.”

And all shipmasters and seafaring men, sailors and all whose trade is on the sea, stood far off 18and cried out as they saw the smoke of her burning,

19And they threw dust on their heads as they wept and mourned, crying out,

“Alas, alas, for the great city

where all who had ships at sea

grew rich by her wealth!

For in a single hour she has been laid waste.

20Rejoice over her, O heaven,

and you saints and apostles and prophets,

for God has given judgment for you against her!”

21Then a mighty angel took up a stone like a great millstone and threw it into the sea, saying,

“So will Babylon the great city be thrown down with violence,

and will be found no more;

22and the sound of harpists and musicians, of flute players and trumpeters,

and a craftsman of any craft

will be found in you no more,

and the sound of the mill

23and the light of a lamp

will shine in you no more,

and the voice of bridegroom and bride

for your merchants were the great ones of the earth,

and all nations were deceived by your sorcery.

24And in her was found the blood of prophets and of saints,

and of all who have been slain on earth.”

1After this I heard what seemed to be the loud voice of a great multitude in heaven, crying out,

Salvation and glory and power belong to our God,

2for his judgments are true and just;

for he has judged the great prostitute

who corrupted the earth with her immorality,

and has avenged on her the blood of his servants.”1

3Once more they cried out,

The smoke from her goes up forever and ever.”

4And the twenty-four elders and the four living creatures fell down and worshiped God who was seated on the throne, saying, “Amen. Hallelujah!” 5And from the throne came a voice saying,

all you his servants,

you who fear him,

The Marriage Supper of the Lamb

6Then I heard what seemed to be the voice of a great multitude, like the roar of many waters and like the sound of mighty peals of thunder, crying out,

For the Lord our God

7Let us rejoice and exult

and give him the glory,

for the marriage of the Lamb has come,

and his Bride has made herself ready;

8it was granted her to clothe herself

with fine linen, bright and pure”—

for the fine linen is the righteous deeds of the saints.

9And the angel said2 to me, “Write this: Blessed are those who are invited to the marriage supper of the Lamb.” And he said to me, “These are the true words of God.” 10Then I fell down at his feet to worship him, but he said to me, “You must not do that! I am a fellow servant3 with you and your brothers who hold to the testimony of Jesus. Worship God.” For the testimony of Jesus is the spirit of prophecy.