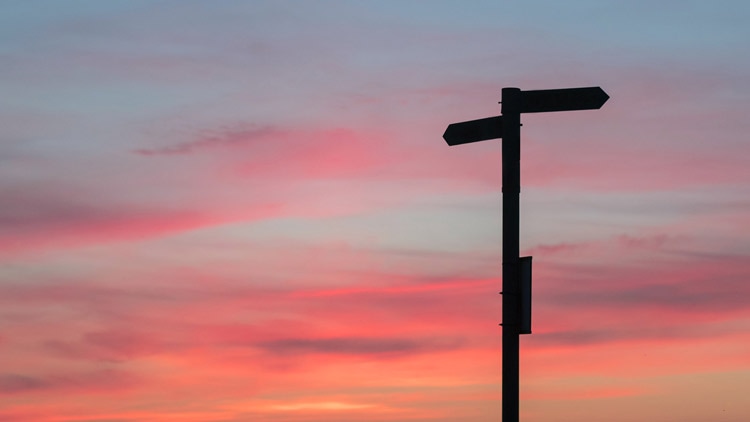 What Will You Do With Jesus?

My kingdom is not of this world … You say that I am a king. For this purpose I was born and for this purpose I have come into the world—to bear witness to the truth. Everyone who is of the truth listens to my voice.
John 18:36-37

What will you do with Jesus? On the morning of what is now known as the first Good Friday, the Jewish religious authorities took Jesus to continue His trial before Pontius Pilate, the Roman governor. We can see in the details of the Gospel accounts how God sovereignly orchestrated all of these events. The Jews’ determination to secure Christ’s death by crucifixion would actually fulfill God’s plan from eternity. God had also planned Christ’s interaction with Pilate. As they stood before one another, Pilate asked significant questions about Jesus’ identity and authority. These questions formed an examination with eternal ramifications—an examination we all must make. Consider how the hymn writer puts it:

Jesus is standing in Pilate’s hall—
Friendless, forsaken, betrayed by all;
Hearken! What meaneth the sudden call?
What will you do with Jesus?

Pilate believed he was holding an examination on a purely intellectual, natural level. But answering the question “Who is Jesus?” is always a spiritual, supernatural matter. Jesus wasn’t a political king, as Pilate believed, but the heavenly King. He essentially told Pilate, My kingdom doesn’t find its origin in this world. The concern of My kingdom is the spiritual transformation that is brought about in the hearts of My people. The reason why I was born as a King was to testify to God’s truth. But Pilate, blind in his unbelief, had already made up his mind. Jaded and disdainful, he sought to avoid the fundamental question we all must ask: “What will I do with Jesus?” But in trying not to answer, he nevertheless gave his answer: I shall reject His claim on me and His rule over me, and therefore His offer to rescue me.

What will you do with Jesus?
Neutral you cannot be;
Someday your heart will be asking,
“What will He do with me?” [1]

Neutral you cannot be. You will either live under Jesus’ rule or you will not. So do not close your Bible in the morning and then live as though this world and its concerns and kings are all that is or all that matters. Do not proceed as though Jesus has no place or interest in your life in this world. He stood friendless and forsaken before Pilate so that you might be welcomed as His friend into His eternal kingdom. There is no option of neutrality—but why would we want there to be?

28Then they led Jesus from the house of Caiaphas to the governor's headquarters.6 It was early morning. They themselves did not enter the governor's headquarters, so that they would not be defiled, but could eat the Passover. 29So Pilate went outside to them and said, “What accusation do you bring against this man?” 30They answered him, “If this man were not doing evil, we would not have delivered him over to you.” 31Pilate said to them, “Take him yourselves and judge him by your own law.” The Jews said to him, “It is not lawful for us to put anyone to death.” 32This was to fulfill the word that Jesus had spoken to show by what kind of death he was going to die.

My Kingdom Is Not of This World

33So Pilate entered his headquarters again and called Jesus and said to him, “Are you the King of the Jews?” 34Jesus answered, “Do you say this of your own accord, or did others say it to you about me?” 35Pilate answered, “Am I a Jew? Your own nation and the chief priests have delivered you over to me. What have you done?” 36Jesus answered, “My kingdom is not of this world. If my kingdom were of this world, my servants would have been fighting, that I might not be delivered over to the Jews. But my kingdom is not from the world.” 37Then Pilate said to him, “So you are a king?” Jesus answered, “You say that I am a king. For this purpose I was born and for this purpose I have come into the world—to bear witness to the truth. Everyone who is of the truth listens to my voice.” 38Pilate said to him, “What is truth?”

After he had said this, he went back outside to the Jews and told them, “I find no guilt in him. 39But you have a custom that I should release one man for you at the Passover. So do you want me to release to you the King of the Jews?” 40They cried out again, “Not this man, but Barabbas!” Now Barabbas was a robber.7

Footnotes
6 18:28 Greek the praetorium
7 18:40 Or an insurrectionist
Topics: Christ as King Easter Sovereignty of God
Footnotes
1 Albert B. Simpson, “What Will You Do with Jesus?” (1905).