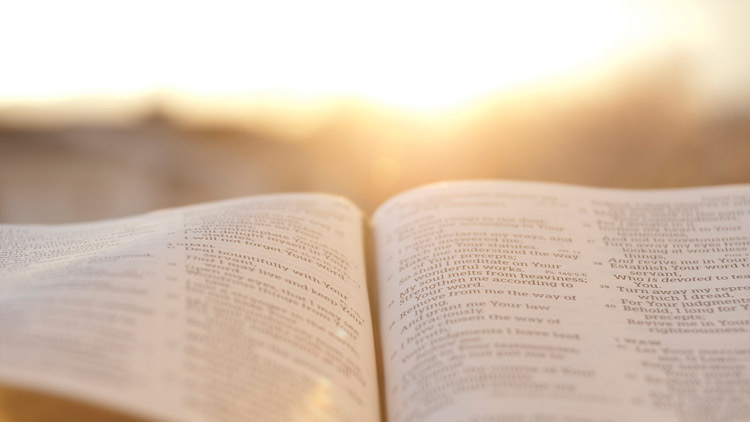 Put Your Sword Away

Then Simon Peter, having a sword, drew it and struck the high priest’s servant and cut off his right ear … Jesus said to Peter, ‘Put your sword into its sheath; shall I not drink the cup that the Father has given me?’
John 18:10-11

Jesus’ arrest in the Garden of Gethsemane ultimately revealed His submission to the Father. When the soldiers came for Him, Jesus had already resolved to drink the cup of suffering—His death on the cross—so that it might be for us a cup of salvation.

But which of the disciples stepped in, as if on cue? The impetuous Simon Peter, of course—wielding a sword! Peter was no stranger to impassioned acts and words. He had attempted to walk on water to Christ. He had tried to rebuke Christ. He had offered to lay down his life for Christ. And yet, soon after stepping up to Jesus’ defense, he would fearfully deny even knowing Him.

Peter’s reaction to seeing his Master arrested is entirely understandable but utterly mistaken. While Peter was willing to fight for Christ here, he was actually fighting against Christ. He was fighting against the very will of God, who had purposed that Jesus would be the atoning sacrifice for sins. Peter’s example teaches us an important lesson; as Calvin urges, “Let us learn to moderate our zeal. And as the wantonness of our flesh ever itches to dare more than God commands, let us learn that our zeal will turn out badly whenever we dare to undertake anything beyond God’s word.”[1]

Knowing Peter’s action needed correction, Jesus intervened with a rhetorical question: “Shall I not drink the cup the Father has given me?” He was affirming the part of God’s will that He had just prayed to accept, the very action that later led Him to cry out on the cross, “My God, my God, why have you forsaken me?” (Mathew 27:46). Through His suffering, His glory was magnified, and salvation was freely offered to all who might believe. No path that Peter could have orchestrated could have been better than this one, and he was in error to resist it.

When our impatience seeks to interfere with God’s plans, we must learn to put away our figurative swords. We must trust God’s plan, wait on His timing, and act on His command. The more familiar we are with the Scriptures—knowing the great story, promises, and truths found within them—the more we will understand His plans. But even then, there will be times when His ways are very mysterious to us and we are tempted to fight the path He is leading us along. Perhaps you are doing that right now.

Take Christ’s words to Peter to heart: “Put your sword into its sheath!” Trust God’s loving hand, obey His commands, and follow His lead. He is “the author and finisher of our faith” (Hebrews 12:2, KJV), and the story He is writing is more glorious than you could imagine or direct for yourself.

The Lord Is My Shepherd

A Psalm of David.

1The Lord is my shepherd; I shall not want.

2He makes me lie down in green pastures.

He leads me beside still waters.1

3He restores my soul.

He leads me in paths of righteousness2

for his name's sake.

4Even though I walk through the valley of the shadow of death,3

I will fear no evil,

for you are with me;

your rod and your staff,

5You prepare a table before me

in the presence of my enemies;

you anoint my head with oil;

all the days of my life,

and I shall dwell6 in the house of the Lord