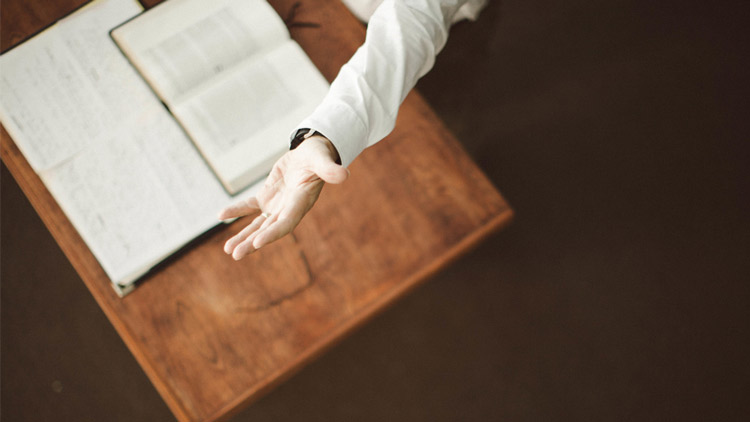 They have healed the wound of my people lightly, saying, ‘Peace, peace,’ when there is no peace.
Jeremiah 8:11

When faced with a serious medical condition, none of us want to receive treatment from an incompetent doctor. Imagine going to a physician whose remedy for gangrene is simply to put a nice bandage on it, offer you a sticker for your troubles, and tell you to have a pleasant afternoon. That may make you feel better, but it would not treat the problem—and soon enough you would feel considerably worse!

In the Old Testament era, the prophets’ role was to speak God’s word and call God’s people to obey His covenant. God would put His word into the prophets’ mouths, and they would announce what God said—not what they themselves had in mind. And often, their message was Look out! Judgment’s coming. Not exactly an agreeable declaration!

Because God’s message was so challenging, false prophets became numerous—and in a way, they had the best of both worlds. They were known as prophets and could go around making great statements, and yet they could also tell people whatever they wanted to hear. The false prophet was like a bad doctor, telling the people that everything would turn out fine when, in reality, the prognosis was grim. It is marvelous to hear that all is well and that your land is one of peace—unless the enemy is about to appear over the horizon. Then, you need to be prepared.

While true prophets spoke of God’s coming judgment, their message also warned the people against complacency and encouraged them against despair. God has always guaranteed His commitment to His people, promising a wonderful future for them. Their only hope in the face of judgment would be in finding refuge not apart from God but in God.

False prophets still abound in our time. Their words are heard in the flattery of the average commencement speaker: “You are the greatest group of young people this community has ever seen. The future is in your hands. You’re ready to soar!” But similarly shallow words are also spoken in far too many churches, with teaching that consists of vague generalities and supposedly inspiring half-truths for the hearers—and a half-truth is also a half-lie.

We need true prophetic voices in our day as much as God’s people did in Jeremiah’s. Our churches, and our nation and world, need those who have the courage to speak truth, even if it brings mockery and rejection: to speak of sin, to insist that God has ethical standards, to warn of judgment, to announce Jesus’ future return, and therefore to be able to point compellingly to the only one who can save.

Ask God to raise up individuals who are prepared to challenge their hearers with God’s word and in submission to God’s Spirit. Pray that when you hear God’s word truly preached through such a voice, you would guard yourself against complacency, be willing to listen, and be ready to take refuge in God, your only hope. And pray that in your neighborhood and your workplace you would be that voice.

The Day of the Lord

1Now concerning the times and the seasons, brothers,1 you have no need to have anything written to you. 2For you yourselves are fully aware that the day of the Lord will come like a thief in the night. 3While people are saying, “There is peace and security,” then sudden destruction will come upon them as labor pains come upon a pregnant woman, and they will not escape. 4But you are not in darkness, brothers, for that day to surprise you like a thief. 5For you are all children2 of light, children of the day. We are not of the night or of the darkness. 6So then let us not sleep, as others do, but let us keep awake and be sober. 7For those who sleep, sleep at night, and those who get drunk, are drunk at night. 8But since we belong to the day, let us be sober, having put on the breastplate of faith and love, and for a helmet the hope of salvation. 9For God has not destined us for wrath, but to obtain salvation through our Lord Jesus Christ, 10who died for us so that whether we are awake or asleep we might live with him. 11Therefore encourage one another and build one another up, just as you are doing.