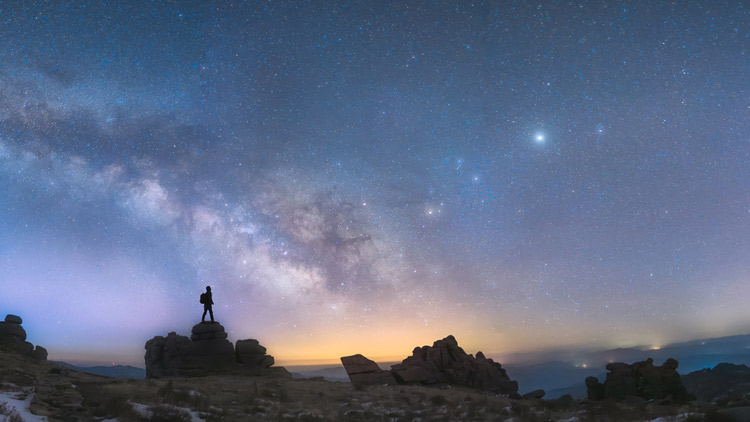 The Eternal Plan of God

Blessed be the God and Father of our Lord Jesus Christ, who has blessed us in Christ with every spiritual blessing in the heavenly places, even as he chose us in him before the foundation of the world, that we should be holy and blameless before him.
Ephesians 1:3-4

The Bible gives no direct answer as to why God allowed the fall to happen in the Garden of Eden. It simply states that God is in control of all things—even of that.

In Paul’s letter to the Ephesians, however, we are given a glimpse into God’s eternal plan. We see that God was at work before our world existed and was not caught off guard by the fall. When the kingdom was spoiled as a result of Adam and Eve’s rebellion, God already knew it would happen. Before Adam and Eve were created, before they were disobedient, God had already planned the rescue.

When we think about God’s rescue mission, which ultimately culminated in the cross, we ought not to see it as something supplied in a moment of crisis. Rather, we should see the cross as grounded in the eternal mind of God, who had determined from all of eternity to call a people to Himself through Jesus and to restore under Him everything that would be spoiled by the fall.

God’s purpose in this plan was and is “in accordance with his pleasure and will,” and it is “to the praise of his glorious grace” (Ephesians 1:5-6, NIV). The motivation in God’s eternal plan was not only a desire to make men and women happy—although men and women do become ultimately happy as a result—but a concern for His name. He was determined that everything should be brought under the feet and control of His Son, the Lord Jesus, as it ought to be. Thus, God’s eternal plan of redemption is about Him rather than all about us. It concerns us. It transforms us. But it is all about God. Until the gospel moves us to praise Him and live for Him, we have not properly understood it.

God is this world’s center. Since the fall, men and women have refused to accept His authority and instead expend their energies in trying to depose Him, with catastrophic results. There is no part of this present life that is not covered with the dust of death, because man has determined that he does not like the idea of God at the center.

Will you readjust your life and acknowledge God’s right to oversee every aspect of it? Will you live for His praise rather than yours and for His cause rather than yours? The paradox is this: it is in seeking His glory instead of your own that you will experience the joy that comes from making your life orbit around the Son—joy from living the way that God planned for you and all creation from eternity.

3Blessed be the God and Father of our Lord Jesus Christ, who has blessed us in Christ with every spiritual blessing in the heavenly places, 4even as he chose us in him before the foundation of the world, that we should be holy and blameless before him. In love 5he predestined us2 for adoption as sons through Jesus Christ, according to the purpose of his will, 6to the praise of his glorious grace, with which he has blessed us in the Beloved. 7In him we have redemption through his blood, the forgiveness of our trespasses, according to the riches of his grace, 8which he lavished upon us, in all wisdom and insight 9making known3 to us the mystery of his will, according to his purpose, which he set forth in Christ 10as a plan for the fullness of time, to unite all things in him, things in heaven and things on earth.

11In him we have obtained an inheritance, having been predestined according to the purpose of him who works all things according to the counsel of his will, 12so that we who were the first to hope in Christ might be to the praise of his glory. 13In him you also, when you heard the word of truth, the gospel of your salvation, and believed in him, were sealed with the promised Holy Spirit, 14who is the guarantee4 of our inheritance until we acquire possession of it,5 to the praise of his glory.

Footnotes
2 1:5 Or before him in love, having predestined us
3 1:9 Or he lavished upon us in all wisdom and insight, making known . . .
4 1:14 Or down payment
5 1:14 Or until God redeems his possession
Topics: Providence of God Redemptive History Worship