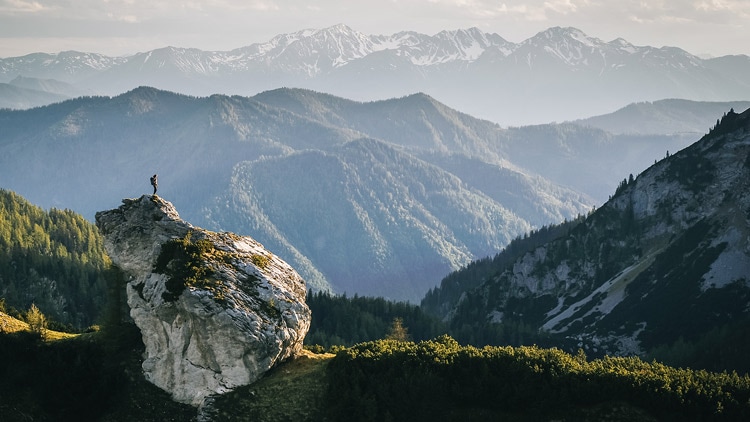 The true light, which gives light to everyone, was coming into the world. He was in the world, and the world was made through him, yet the world did not know him.
John 1:9-10

While each of the Gospels takes a different approach to detailing Jesus’ life, their purpose is the same: that, as John puts it, “you may believe that Jesus is the Christ, the Son of God, and that by believing you may have life in his name” (John 20:31). Those words come near the end of his Gospel and were intended to remind even his earliest readers that God graciously took the initiative to pursue His people in order that we might know and love Him.

Although Jesus was the Creator of the world He entered into, the world did not recognize Him. He came down from heaven in the form of a man, navigating city streets and moving among us so that we could live with Him in the light rather than have to live in darkness for all of eternity. Yet today, not unlike 2,000 years ago, many don’t understand the immensity of the gift of life in this world that Christ has given us, and therefore they forfeit the gift of eternal life that Christ was born to offer us, because they don’t know Him.

In his great treatise in the book of Romans, Paul wrote that God’s “invisible attributes, namely, his eternal power and divine nature, have been clearly perceived, ever since the creation of the world, in the things that have been made.” In other words, as a result of God’s common grace, the creation displays enough evidence to at least bring us to the point of becoming theists. Because of this, men and women “are without excuse” (Romans 1:20).

Even with that context, however, Paul goes on to say that although men and women “knew God, they did not honor him as God or give thanks to him, but they became futile in their thinking, and their foolish hearts were darkened” (Romans 1:21). They knew of God’s existence but, suppressing that knowledge, they refused to know Him as Lord and Savior.

This is a humbling warning to us. If we should neglect to give God the honor and praise He is due, we risk forgetting the glorious ways He continues to pursue us, even today.

The word, truth, and story of Jesus have been made available in the Western world for hundreds of years—but still, so often men and women go about their weeks without any recognition of who Jesus truly is. Believers are not immune from living lives that, Sunday mornings or morning devotions apart, bear no mark of a knowledge of and relationship with Jesus as Lord and Savior. Imagine the difference it would make if we lived each moment calling to mind the truths that He is the light and the new life within us, that He makes it possible to live with God for all of eternity, that He is our great Lord and gentle Savior, and that He is surely worth knowing.

Christ the Wisdom and Power of God

18For the word of the cross is folly to those who are perishing, but to us who are being saved it is the power of God. 19For it is written,

“I will destroy the wisdom of the wise,

20Where is the one who is wise? Where is the scribe? Where is the debater of this age? Has not God made foolish the wisdom of the world? 21For since, in the wisdom of God, the world did not know God through wisdom, it pleased God through the folly of what we preach2 to save those who believe. 22For Jews demand signs and Greeks seek wisdom, 23but we preach Christ crucified, a stumbling block to Jews and folly to Gentiles, 24but to those who are called, both Jews and Greeks, Christ the power of God and the wisdom of God. 25For the foolishness of God is wiser than men, and the weakness of God is stronger than men.

26For consider your calling, brothers: not many of you were wise according to worldly standards,3 not many were powerful, not many were of noble birth. 27But God chose what is foolish in the world to shame the wise; God chose what is weak in the world to shame the strong; 28God chose what is low and despised in the world, even things that are not, to bring to nothing things that are, 29so that no human being4 might boast in the presence of God. 30And because of him5 you are in Christ Jesus, who became to us wisdom from God, righteousness and sanctification and redemption, 31so that, as it is written, “Let the one who boasts, boast in the Lord.”