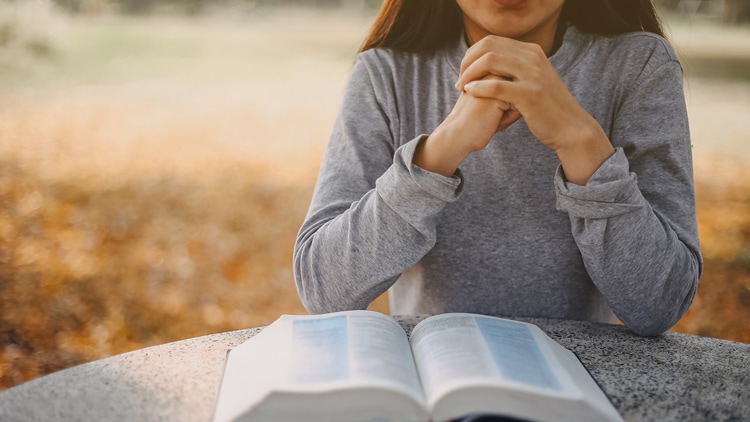 When the fullness of time had come, God sent forth his Son, born of woman, born under the law, to redeem those who were under the law, so that we might receive adoption as sons.
Galatians 4:4-5

One of the best ways to get a sample of a culture’s beliefs is to talk to schoolchildren. Once, for instance, when asked who Jesus was, a child who was growing up in the UK replied, “He was the one who took from the rich and gave to the poor!” (It seemed he was mixing up Jesus and the disciples with Robin Hood and his Merry Men!) When asked, “What is a Christian?” another child responded, “Aren’t they the people who grow their own vegetables?”

At this time of year, many who do not spend time thinking about God much for the other eleven months find themselves reflecting on the reason for Jesus’ birth. Countless friends, colleagues, and relatives would likely say that Jesus is, at best, something of a mystery. These responses are a sobering reminder that Christianity’s message is not as obvious to our neighbors as we may think. Who Jesus is must first be clear in our own minds and dear to our own hearts if we are going to articulate that to others.

Jesus stands out among other figures of religion, history, and humanity since He alone possesses the qualifications to be the Savior of our world. His coming isn’t regarded by the apostle Paul as an accidental intervention; it was a divine appointment. When Paul says, “God sent forth his Son,” he implies that He was sent out from a previous state of existence. Jesus’ life didn’t begin when He was “born of woman” as a child in Bethlehem; He was before time itself began (John 1:1-3). Without ceasing to be what He was—namely, God—He became what He was not—namely, a man, “born under the law,” owing the Father full and perfect obedience—which He, alone in the great mass of humanity through the ages, achieved.

There was no other good enough
To pay the price of sin;
He only could unlock the gate
Of heav’n and let us in.[1]

Who is Jesus? He is God the Son, born as a man. He is the perfect law-keeper, who died to free those who had not kept the law. What is a Christian, then? It is someone who has been freed from the penalty of sin and adopted into the family of God. That is a message we should preach to ourselves daily and should pray for an opportunity to share with someone else daily. For it is the most surprising and the most glorious message in all of history.

23Now before faith came, we were held captive under the law, imprisoned until the coming faith would be revealed. 24So then, the law was our guardian until Christ came, in order that we might be justified by faith. 25But now that faith has come, we are no longer under a guardian, 26for in Christ Jesus you are all sons of God, through faith. 27For as many of you as were baptized into Christ have put on Christ. 28There is neither Jew nor Greek, there is neither slave7 nor free, there is no male and female, for you are all one in Christ Jesus. 29And if you are Christ's, then you are Abraham's offspring, heirs according to promise.

1I mean that the heir, as long as he is a child, is no different from a slave,1 though he is the owner of everything, 2but he is under guardians and managers until the date set by his father. 3In the same way we also, when we were children, were enslaved to the elementary principles2 of the world. 4But when the fullness of time had come, God sent forth his Son, born of woman, born under the law, 5to redeem those who were under the law, so that we might receive adoption as sons. 6And because you are sons, God has sent the Spirit of his Son into our hearts, crying, “Abba! Father!” 7So you are no longer a slave, but a son, and if a son, then an heir through God.