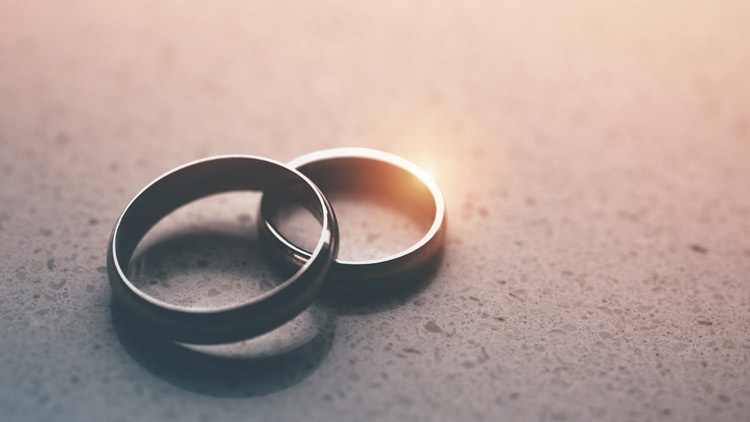 A Covenant of Commitment

All the people who were at the gate and the elders said, “We are witnesses…” So Boaz took Ruth, and she became his wife. And he went in to her, and the Lord gave her conception, and she bore a son.
Ruth 4:11, Ruth 4:13

In biblical times, the city gate was the main hub of local activity, serving as both a marketplace and civic center. Merchants, beggars, city officials, religious leaders, and a host of others gathered there to conduct business, administer the law, receive alms, shop, and socialize. It was to that crowded place that Boaz went to declare publicly his commitment to marry Ruth. Their marriage helpfully leads us to consider the biblical definition of marriage.

First, biblical marriage is to involve committed love. Such love is not based purely on emotion or circumstances but remains deeply rooted and unconditional through all of life’s seasons and situations. This is reflected in the vows the church uses today in marriage ceremonies—commitment for better or worse, for richer or poorer, in sickness and in health.

Second, marriage involves committed witnesses. When a man and a woman marry, they become one unit under a covenant of love and care. As fallible humans, we need others to hold us accountable to this commitment. This is why wedding ceremonies must have at least one witness to attest to the forming of a new union, a new family. Boaz put this into practice at the city gate, where a crowd of people and the elders of the town witnessed his pledge to take Ruth’s hand in marriage. They were then able to hold him to his word.

Third, godly marriage must have committed communion. God intends marriage to reflect the growing depth of intimacy that we experience with Him as His pursued bride. The personal relationship between husband and wife should deepen within marriage through, among other things, sexual intimacy. Such physical union should only take place within the context of a committed, loving, publicly recognized relationship. To try and isolate the physical commitment of marriage from the emotional, psychological, spiritual, and intellectual aspects makes a mockery of God’s design.

Much of the world’s perception of love and marriage pales in comparison with the beauty and benefit of a reliable, faithful, committed monogamous heterosexual union. When we see each facet of this covenant lived out, we are seeing a glimpse of the riches of our heavenly Bridegroom’s commitment to His church (Ephesians 5:22-27). Christian marriage is a blessing itself, and a portrait of that even greater reality. No marriage but that greater one is perfect, but every marriage between believers is to strive to picture it. In how you think of, speak about, pray for and behave towards marriage (whether your own or the marriages around you), be sure to uphold the biblical definition and to live it out.