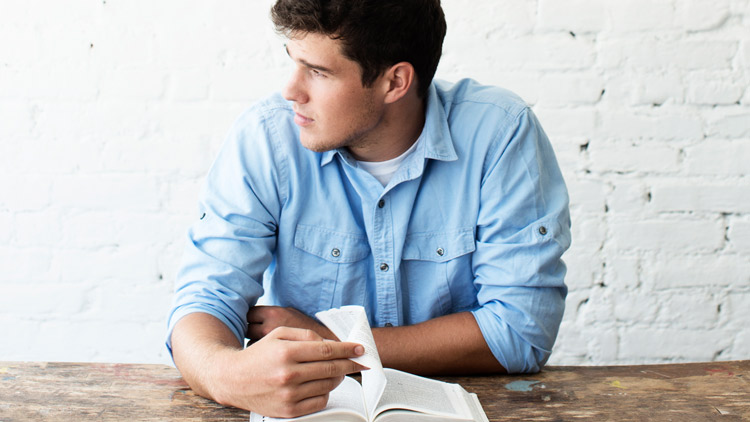 Daniel became distinguished above all the other high officials and satraps, because an excellent spirit was in him. And the king planned to set him over the whole kingdom. Then the high officials and the satraps sought to find a ground for complaint against Daniel with regard to the kingdom, but they could find no ground for complaint or any fault, because he was faithful, and no error or fault was found in him.
Daniel 6:3-4

After being seized and taken away into captivity in Babylon, Daniel became part of a select group of outstanding young Israelite men who were chosen to be part of King Nebuchadnezzar’s court. Though he was taken into exile, given a different name, and distanced by many miles from familiarity and family, through it all Daniel purposed in his heart that he would not defile himself with the king’s food and drink (Daniel 1:12-16). He stood out as a man of integrity amid the moral decay of his time.

Daniel distinguished himself within the structure of the governments he served by the quality of his life. Over many years, his loyalty proved to be unquestionable. He was a man of consistency, which he displayed through a succession of kingdoms. He had an extraordinary capacity for facing and overcoming difficulties, as well as God-given wisdom which enabled him to provide counsel that would alter the course of human history.

While the governmental positions that Daniel occupied were susceptible to corruption, he distinguished himself by saying no to all kinds of dishonesty. He was neither negligent nor unethical, nor was there a gap between his public activities and his private life. He was blameless in the eyes of his fellow man. Even colleagues who were jealous and despised him because of his distinctiveness could find no ground for complaint.

Filled with envy, these officials eventually decided to plot against Daniel. They didn’t like his unswerving commitment to his God or the fact that he occupied a position of power. They couldn’t handle the way that he displayed through his life an unshakable conviction regarding the might and purity of God. Holy living often brings that kind of disdain. Daniel was framed not because he was a bad fellow but because he stood for truth. He loved what God loves, and he lived it out.

Is your life marked by a similar conviction? Do your actions declare the truth about your God? Are you prepared to diligently cultivate a passion for integrity? Are you more concerned with obeying God than with what others think of you? Jesus warned His followers that they would be reviled and would experience persecution for His sake (Matthew 5:11) even as they lived in a way that revealed and commended their Father (v 14-16). Live with the kind of devotion that Daniel had; be unequivocal in your commitment to love what God loves, and then live it out.

9But you are a chosen race, a royal priesthood, a holy nation, a people for his own possession, that you may proclaim the excellencies of him who called you out of darkness into his marvelous light. 10Once you were not a people, but now you are God's people; once you had not received mercy, but now you have received mercy.

11Beloved, I urge you as sojourners and exiles to abstain from the passions of the flesh, which wage war against your soul. 12Keep your conduct among the Gentiles honorable, so that when they speak against you as evildoers, they may see your good deeds and glorify God on the day of visitation.

13Be subject for the Lord's sake to every human institution,2 whether it be to the emperor3 as supreme, 14or to governors as sent by him to punish those who do evil and to praise those who do good. 15For this is the will of God, that by doing good you should put to silence the ignorance of foolish people. 16Live as people who are free, not using your freedom as a cover-up for evil, but living as servants4 of God. 17Honor everyone. Love the brotherhood. Fear God. Honor the emperor.