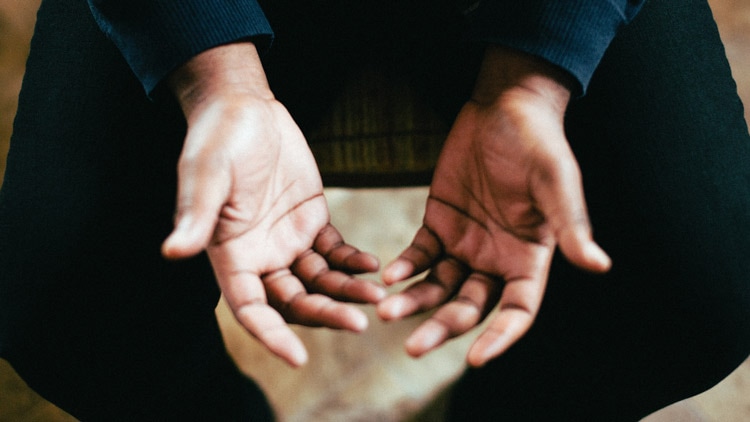 A Commitment to Prayer

[Daniel] got down on his knees three times a day and prayed and gave thanks before his God, as he had done previously.
Daniel 6:10

Short-term commitment is not too hard. It is disciplined consistency that comes harder to us—yet it is a key to spiritual growth.

The often sporadic nature of our commitment is seen in short-lived exercise programs, Bible memorization, reading plans, and New Year’s resolutions. How many of us start something well, only to later abandon it! But equally, you have probably encountered people who are incredibly consistent and disciplined. They walk their dog at the exact same time every day or collect their mail with such precise timing that you could set your watch by it; and when they set themselves to undertake a task or learn a new skill, they do so with a diligence that leaves you in no doubt that they will complete it.

Daniel was a man who exhibited such disciplined consistency when it came to prayer. His life was not marked by bursts of enthusiasm followed by chronic inertia. He clearly prayed whether he felt like it or not. There were probably times when he got up from his knees feeling really blessed and other times when he left feeling really flat, but he kept on. He prayed and he prayed and he prayed, no matter the circumstances. That’s discipline!

When a crisis hit, it didn’t create Daniel’s disciplined lifestyle; it revealed it. After King Darius issued an edict that made it illegal to pray to any god or man other than him for thirty days (Daniel 6:7), Daniel could have rationalized obedience to the king rather than to the Lord. He could have reasoned that because he’d stored up such phenomenal credit on the strength of all his years of prayer, he could be let off for a month. Apparently, though, such a thought never even crossed his mind. Instead, he continued in prayer just “as he had done previously.”

Surely there was a link between Daniel’s life of prayer and the bravery he showed in obeying the God of Israel rather than the most powerful king in the known world. Our Lord told us, too, that we “ought always to pray and not lose heart” (Luke 18:1). We are not to close prayer down for a while if we don’t feel like it or have little spare time for a season. If we want to live for Jesus when we’re under pressure, our prayer lives must be consistent. We must regard prayer as a fundamental element of our faith, not merely a nice supplement.

The door is wide open for you to demonstrate the same kind of consistent commitment to prayer as Daniel did. Through regular discipline, prayer can become your natural reaction to every situation in your life. Do you need to set aside a time each day when you will pray and give thanks to your God, come what may? Wherever God takes us, whatever we do, however His plan unfolds, may our prayers be unceasing.

14For this reason I bow my knees before the Father, 15from whom every family3 in heaven and on earth is named, 16that according to the riches of his glory he may grant you to be strengthened with power through his Spirit in your inner being, 17so that Christ may dwell in your hearts through faith—that you, being rooted and grounded in love, 18may have strength to comprehend with all the saints what is the breadth and length and height and depth, 19and to know the love of Christ that surpasses knowledge, that you may be filled with all the fullness of God.

20Now to him who is able to do far more abundantly than all that we ask or think, according to the power at work within us, 21to him be glory in the church and in Christ Jesus throughout all generations, forever and ever. Amen.

Footnotes
3 3:15 Or fatherhood; the Greek word patria is closely related to the word for Father in verse 14
Topics: Discipline Prayer